I thought I would take a break from my usual theme – building a publishing business in India – and tell the story of how my publishing and business ventures started back in 2005 when aged 25 I founded my first company, Legend Press. 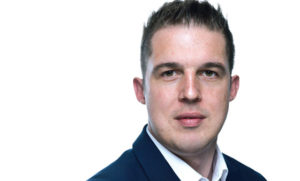 As an English graduate, I made a late decision on a career in publishing and after some temporary experience at Macmillan Publishing, I found myself working as a sub-editor at a financial magazine. With my heart set of going back into books, I started looking for jobs at publishers until I came up with a new idea one afternoon.

Standing on the busy corner of my street where I shared a flat in North London, I thought it would be great to have an insight into the thoughts of everyone going about their day. I decided to start my own publishing company and publish a collection of short stories called, ‘The Remarkable Everyday.’

I registered the company online and while continuing in my job, on evening and weekends I was in the internet café under my flat (until I got a free computer my brother’s boss was throwing away), spreading the word and asking for submissions. Once I had selected the stories to be included, I edited and typeset the book, designed the cover and sent it to a printer.

As an aside, one of the stories was an amazing one written by then 16-year-old Sophie Mackintosh. I was delighted to hear this week that Sophie’s first novel was shortlisted for the Booker Prize – I am proud we provided a little part of the initial platform for a brilliant writer!

Having received the books and stored them at my flat (I wasn’t aware of book distributors at the time…), I arranged a launch party on 22nd October, my birthday, and celebrated along with some of the authors and my friends and family. Following this I took two days holiday from work to carry a box of books around London to try to sell to as many bookshops as possible.

Exhausted but feeling this exciting journey was my future, I quit my job, I took a loan from the bank (I told them it was for a car – they were not to know I only learnt to drive over ten years later), secured some additional support from the Prince’s Trust and One London and threw myself full-time into Legend Press.

I won’t cover the 13 years since and the many challenges and amazing experiences. There have been tough times, particularly in the early days with lots of energy but no business experience or funding, as well as riding through the waves of huge changes in the publishing industry and a global recession. There have also been many personal experiences that wouldn’t have happened otherwise – from awards to meeting royals and Prime Ministers, international travel through to launching so many amazing writers and books.

Legend Press launched me onto a journey that led me to start up now seven other businesses, covering traditional publishing, self-publishing, through to events and technology. Though still going today – and in fact doubling in size for the last two years as part of its growth plan to 2020 – my first business will always hold a particular place in my heart.

I am hopefully now wiser with 13 years of business experience, though I still have a lot to learn and I try to ensure I am learning every single day. However, still as I launch ventures in new countries, I always make a point to stop and marvel at the experiences I am having. I hadn’t even heard of the word ‘entrepreneur’ back in 2005, but I am very glad I stood on the corner of that road and decided to follow an idea to see how far I could take it.

Tom Chalmers is the Managing Director of Legend Times, a group of five publishing companies. He started his first company in 2005, Legend Press, focused predominantly on mainstream literary and commercial fiction. Chalmers subsequently acquired Paperbooks Publishing, and later launched Legend Business, a business book publisher, followed by self-publishing and writer workshops companies, New Generation Publishing and Write-Connections, respectively. He also founded IPR License in 2012, a global rights licensing platform, which after two rounds of funding he sold in 2016, and is the founder of new content curation venture AIContexx.

Challenges in publishing in the pandemic era…

Schools Must Educate Children on the Importance of Copyright and Ipr

OPINION
Digital is the core of the
publishing enterprise

Hyper personalized learning is the code
to crack Industry 5.0

The Indian Edtech Industry is indeed
‘THE NEXT BIG THING’

Role of Technology in Education

PUBLISHER IN FOCUS
In Solidarity With Ukrainian Publishers…

CHILDREN’S PUBLISHING
How is technology changing the face
of children publishing?

TECHNOLOGY IN LEARNING
Learning made easy!

TRENDS
“Digital content is the need of the hour”